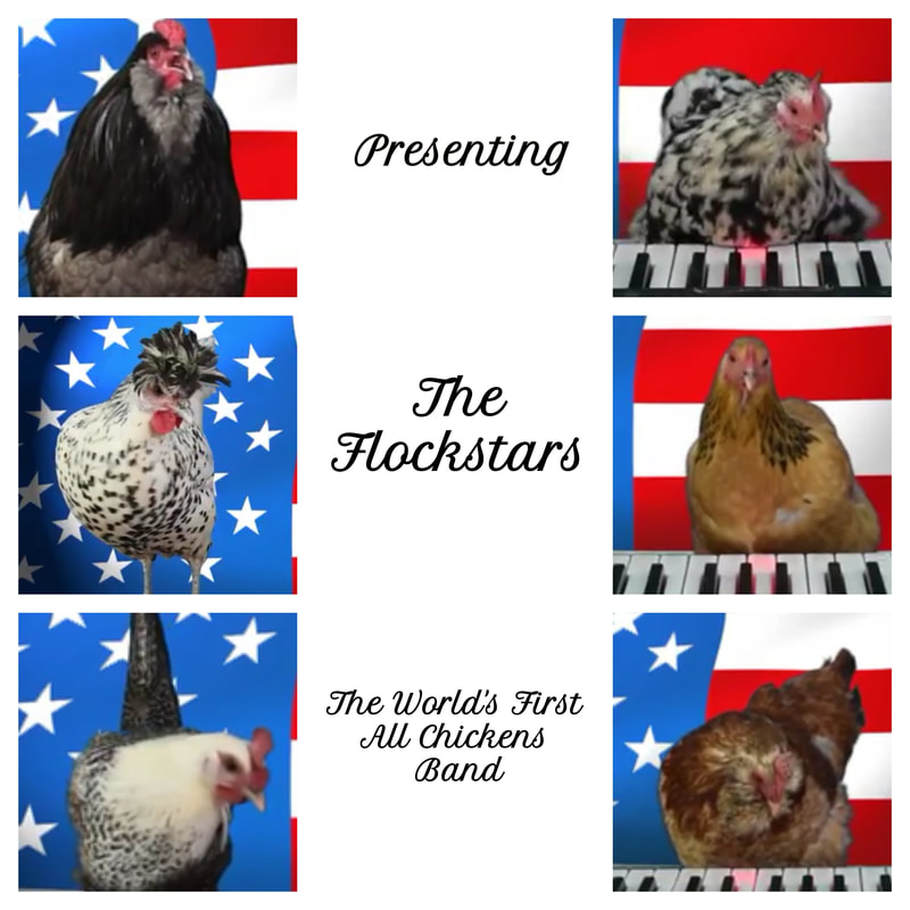 Meet The Flockstars, an extremely talented group of chickens who can play America the Beautiful, The Star Spangled Banner and other songs on the keyboard. Jokgu (leader of The Flockstars) made her claim to fame playing the keyboard and stunned the world on America's  Got Talent. Her band The Flockstars, it turns out are just as talented as Jokgu.  They are so smart that they have been featured all over the world as well, and have been awarded by us as Smart Chicken of the Week too! So with no further ado-Meet The Flockstars and watch their awesome video below. 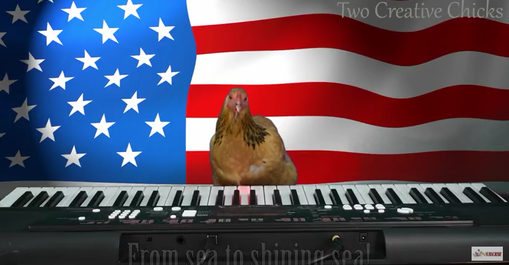 Jokgu-Buff Brahma Hen.
This is Jokgu a lovely Buff Brahma Bantam Hen who stunned the nation by playing the piano on America's Got Talent. She has made many more performances since then and usually brings her own band called The Flockstars (see below).  When I asked how this all started, Shannon one of The Two Creative Chicks said, "They have to be enclosed for their protection from foxes and a million predators we have in our area. So, we have toy instruments in their run to keep them entertained. They really enjoy the piano and we thought maybe they could be trained to play an actual song on a learning keyboard. Some are much better than others due to their limited attention span. Jokgu likes it so much, the treat is just an added bonus when she finishes her part". 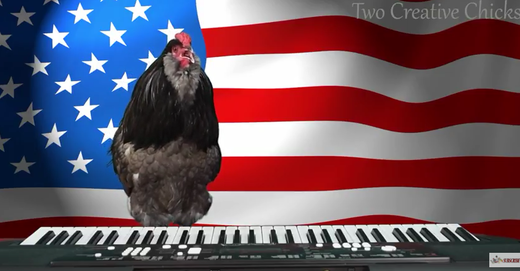 Blue
This handsome Blue Americauna is often fondly referred to as handsome Oopsieroo by his owners, his official name is "Blue". His claim to fame with The Flockstars has not made him aloof or conceited, in fact it turns out Blue is a very down to earth house pet chicken according to Shannon, "​he was supposed to be a girl, we never wanted a roo. He is actually the gentle giant. He will hug me back. falls right to sleep in my arms. I can have my face right in his and he never pecks at me. He sleeps inside so his crowing early in the morning doesn't wake the neighbors. Lately he has started walking himself from his indoor coop right out to his girls and at night we set him down and he heads straight into the house. He also waits for us in the dining room in the morning after we put his diaper on and stands next to our golden retriever waiting for a morsel". 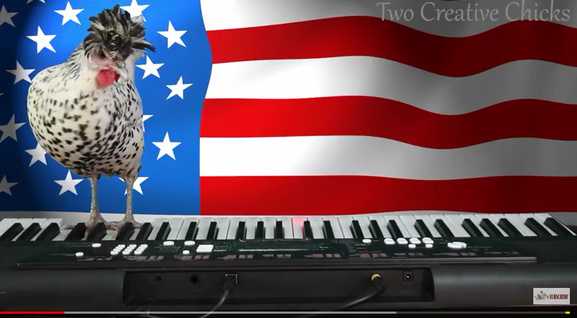 Spaetzle
Spaetzle is a Appenzeller Spitshauben chicken breed (which is where she gets her unique hair do) that originated in Sweden. Her name came from her owners  love of Spaetzle noodles and wanted to give her a name which would represent part of her Swiss heritage "Spaetzle is a spunky ray of sunshine. She loves finding worms, playing drums, and basking in the sun. She is very vocal and sounds like a kookaburra" (Shannon, of Two Creative Chicks)! 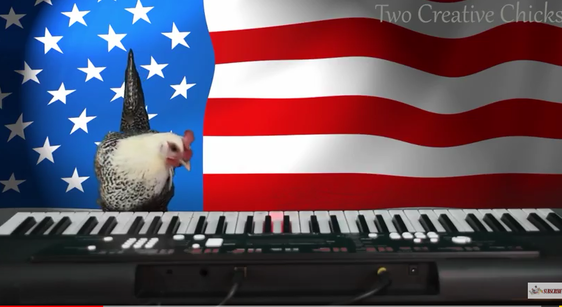 Nilea is an Egyptian Fayoumi, a chicken breed which has ancient origins in the Nile Valley best known for it's rich black soil that was used for planting after the floods which is often referred to as "gift of the Nile. Nilea has a unique history, appearance and obviously she is extremely talented as we see her play keyboard in the video below. When asked to describe Nilea, Two Creative Chicks stated, "Nilea is a lovable demon. Feisty, sassy, and hard- headed, but has a soft side underneath her spicy exterior". 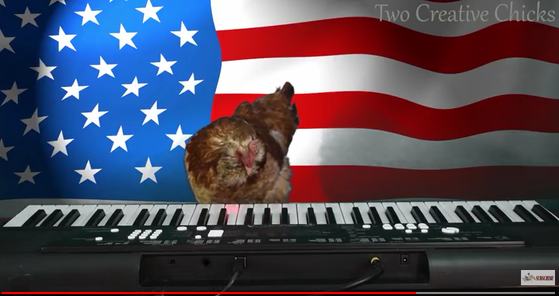 Maya is a Salmon Favorolles, a breed of chicken which originated in France and are well known for their laid back attitude and docile personalities.  When asked about her personality, Two Creative Chicks says, "Maya is a paradox. Loud mouthed but shy. Tough at times, but really just wants to be loved. With a long beard and big belly, she is always a mess, earning her the nickname Pigpen".

Aichan,  a Mottled Cochin Bantam chicken breed obviously knows her stuff when it comes to playing keyboard, it appears she may have played piano before the way she tries to actually use her feet to play the notes. Aichan took a short break from the band to raise a family of her own but has returned in as good as form as ever. When we asked about her personality, Two Creative Chicks had this to say, "​Aichan was the first to really take to the piano. Her style is very different from Jokgu though, and she can often be found dancing while playing. She is quite theatrical and likes to make things up as she goes. Her biggest goal in life is to be a mom and seems to be perpetually broody".

If you have never seen Jokgu and The Flockstars Band before....prepare to be amazed. Watch the video.
You can follow The Flockstars band at https://www.facebook.com/TwoCreativeChicks/ 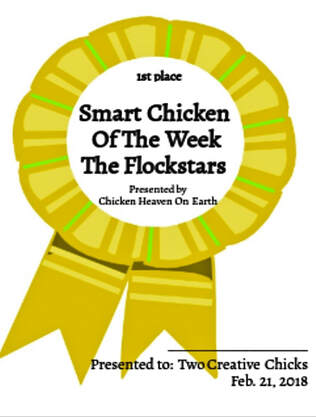 Each week Chicken Heaven On Earth finds and selects the smartest chickens in the world. When we find the smartest one for that week we give them an award. We are honored to present this award to The Flockstars Band as First Place Winner of Smart Chicken of the Week 12.
References: ​​Flockstars Chickens Play "America the Beautiful". (2018). YouTube. Retrieved 21 June 2018, from https://www.youtube.com/watch?v=ztzGKGHRzLw&feature=youtu.be
Permission for use granted by Shannon of Two Creative Chicks on June 20, 2018.