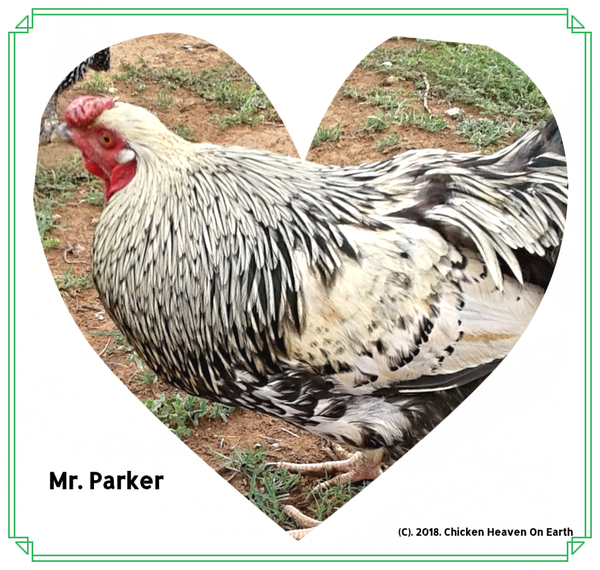 Mr. Parker. Rescued Rooster. (2018). Chicken Heaven On Earth. Fotor (1).
I got an email about a rooster named Parker who was very loved but needed to be rehomed because there was another rooster they wanted to keep and he was recovering from a dog attack. After Mr. Parker arrived, he was quarantined  for 30 days so I could monitor him for possible illness or disease before integrating him into the flock. He passed his tests, fecal exam, and health check with flying colors. In fact, of all the roosters and hens we have ever rescued or had brought in by their owners, Mr. Parker was in the best health of them all. When Mr. Parker was first introduced to the flock he followed me around everywhere, I suspected he was a bit frightened. I walked the entire fence line with him right next to me. We had long talks (and still do). I must say, he was the easiest rooster to integrate into the flock that has ever been brought here. Mr. Parker is smooth. He stayed on the outskirts at first and roosted in the front room of their trailer house with the old hens (he chose the spot himself). He is a beautiful rooster with a sweet temperament and all of the roosters at CHOE are tamed so I did not expect too many problems but figured there would be some type of confrontation. Like I said, Mr. Parker is SMOOTH. He made the transition without a hitch, within a week he was in the middle room where the egg laying hens are. The other roosters were fairly complacent and allowed Mr. Parker in since I did bring him to the flock with beautiful new hens who had been only with him in a separate holding pen for 20 days. I also added a new food pan in the coop (each roo has their own food pan and roost) and another roost. I do this to relieve the territorial pressures of bringing a new rooster in. Mr. Parker not only integrated the flock easily but he is so slick, Mr. Buddy, Mr. Buttercup, Mr. Butthead and the other roos didn't even notice as Parker took over the flock. Here is a video of Mr. Parker the first day he integrated into the flock. See video, photos, and updates below.

Integrating Mr. Parker the rescued rooster into the flock

Mr. Parker Is a Hit with The Ladies

Mr. Parker is a hit with the ladies. Not only is he very handsome but he always shows the ladies where the treats are. In this photo he is chirping for the girls to come get some of this wet feed treat and he didn't eat any of it until they had their fill. Such a gentleman. 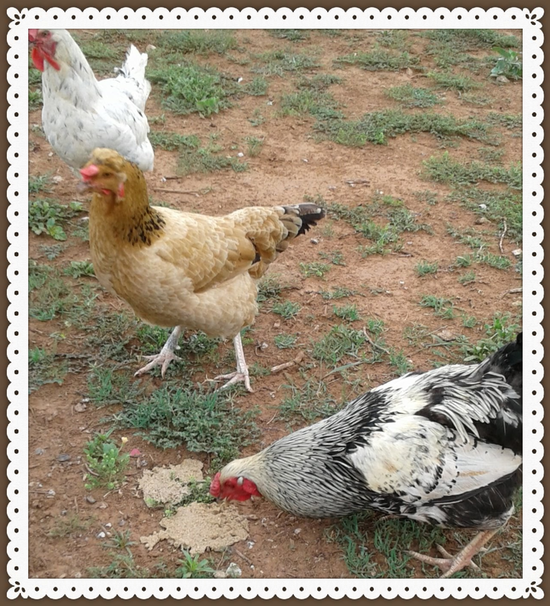