The Polish chicken is a Heritage breed, first recognized by the American Poultry Association in 1938. They were not named Polish chickens because they were from Poland. Find out how they got their name. At one time they were considered the best egg layer's in the commercial egg industry. See history, photos, attributes, personality, size, egg color and more. 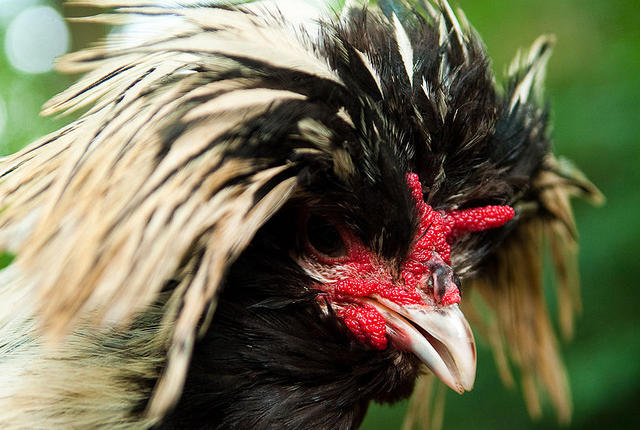 Scroll down to see how Polish chickens got their name, find out interesting facts about their history, when they were accepted by the APA (American Poultry Association) and watch our featured video: Polish chickens or hens crested: My fancy chicken farm. Plus we have some special buys on great stuff for chickens. 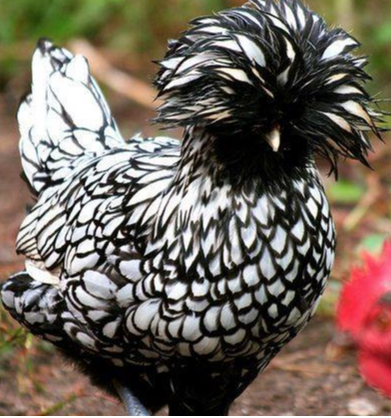 Polish chicken used under creative commons license from Chickens are fun. Facebook. https://www.facebook.com/chickensarefun/
The Polish chicken is not actually from Poland and their name suggests. Charles Darwin classified chickens with crests as crested or Polish. This name was due to the resemblance to the feather crested hats historically worn by Polish soldiers in Poland. Many historians are of the persuasion that Polish chickens were originally brought to Holland from Spain when the Spaniards occupied the lowlands. In the eighteenth century the Dutch fanciers were credited as developing and refining the color patterns and crests you see on Polish chickens today.
During the 1700's-1800's there were many figured paintings distributed throughout England by Dutch and Italian artists and were mentioned in literature for this same period.
In France Polish chickens were used as egg production birds. These beautiful and unique birds are believed to have been brought to America between 1830-1840 and by 1850 were well known and used for egg production here.
Once the Leghorn breed was established in England and America during the 1850's-1890's the Polish chicken was no longer the favored breed for egg production but were still a favored breed for exhibition purposes. (Livestock Conservancy).
​Scroll down to find out more.
​ 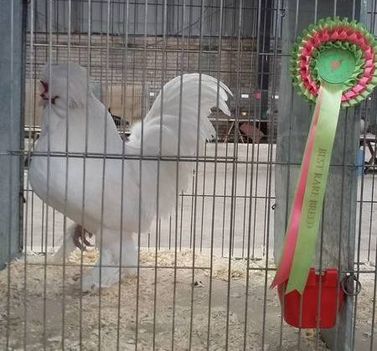 Photo used under creative commons with permissions from Sultan Chickens Facebook https://www.facebook.com/Sultan-Chickens-323603467654844/
"Sultans are a very old breed which originated in Southeastern Europe. They get their peculiar name because they were once favored by the rulers of Turkey. Sultans came from Istanbul to England in the 1850's. This extremely rare breed has a crest, muff, beard, feathered shanks, and a fifth toe" (Murray McMurray, 3). Although often grouped by many breeders with Polish chickens, due to the fact that Polish chickens were used in out breeding of the Sultans after their arrival in England. Find out the facts, origin, attributes, history, see photos and video of these regal Sultan chickens.  Go to Sultans
Sultan's >>>

​Houdans were raised on the many small farms near the village of Houdan in France; and this locale and the lovely black plumage in which many feathers are tipped with V-shaped white spots give them their name. The flowing crest, V-shaped comb, muff of feathers at the throat, and the 5th toe give them an unusual appearance and make them a standout in any poultry show. Houdans are fine boned, juicy, white skinned flesh, and they are good layers of white eggs. Although in the crested breed family, they are larger than Polish. Baby chicks are patched with black and white all over, and the little crest, beard, and 5th toe help identify them at once (Murray McMurray, 3).
References: ​