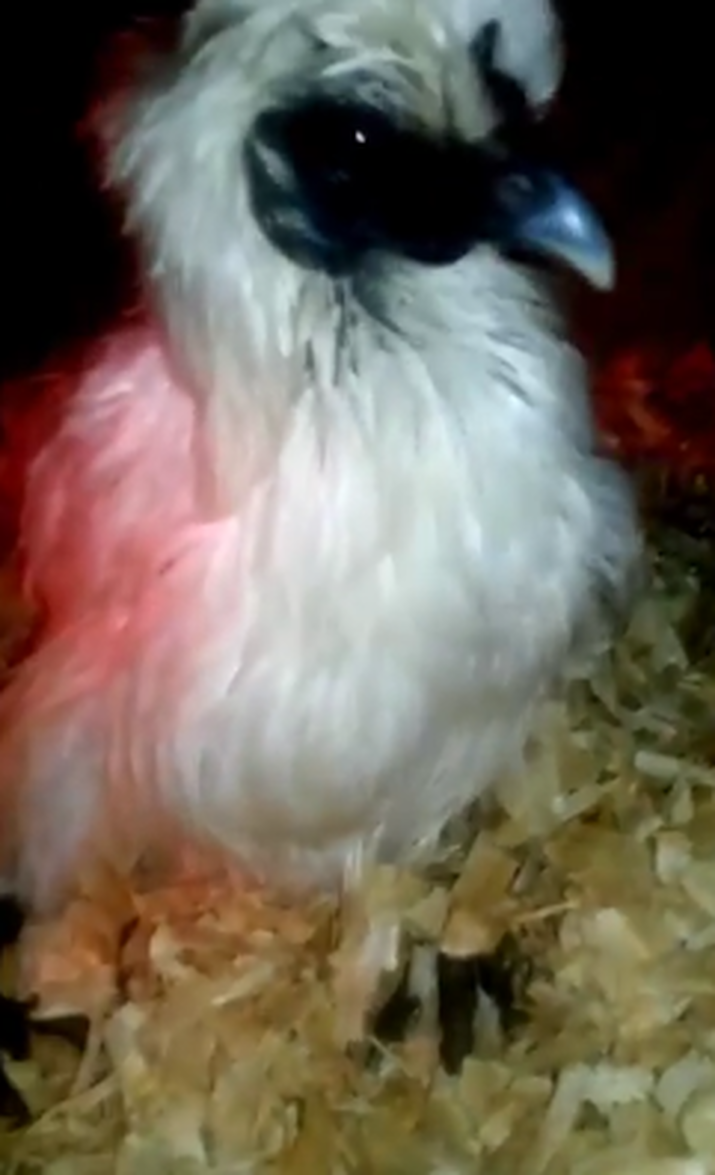 Lady Silkie's First Day at Chicken Heaven On Earth sitting upright like a human.
This is a beautiful true story of a Silkie hen who was rescued by Chicken Heaven On Earth. Her first day at CHOE. Her former owners had kept her out free ranging with Standard size chicken breeds. One day they discovered something wrong with her. The tiny Silkie hen (only 6 inches tall) could not walk and when she tried she would fall over. Her owners separated her from the flock thinking one of the larger roosters may have injured her. When they handed the tiny hen (very small even for a Silkie chicken) over the fence, I identified several things wrong with her right away and I was not sure I could save her. I had never had a Silkie chicken so I started researching how to take care of her. I contacted a local vet and they said they do not treat chickens as they are considered livestock. I contacted several other veterinarians but the cost to treat her was extremely high (way out of my budget). I do know quite a bit about taking care of sick chickens so I examined her carefully and discovered she had ingrown feathers on her toenails, chicken mites, and after a fecal test I discovered she also had worms (3 different kinds). I decided to name her Lady Silkie and went to work on her.  Here is a video of her the first day she arrived. More videos of her progress are below.

Rescued Lady Silkie-Something is wrong with her legs

The day Lady Silkie arrived I noticed that she could not stand or walk. She would sit like a human, not like a normal chicken at all. My heart went out to her as I watched her look around at her new home and I knew I had to do everything in my power with God to guide me to help her recover. As I watched her and worked on her I prayed and prayed and thankfully those prayers were answered in an awesome way. It has taken alot of time, patience, medicines, treatments, physical therapy, and prayers.
​Here is Lady Silkie the day she arrived.