Symptoms of Vitamin A Deficiency in Chickens

Symptoms of Vitamin A Deficiency in Chickens 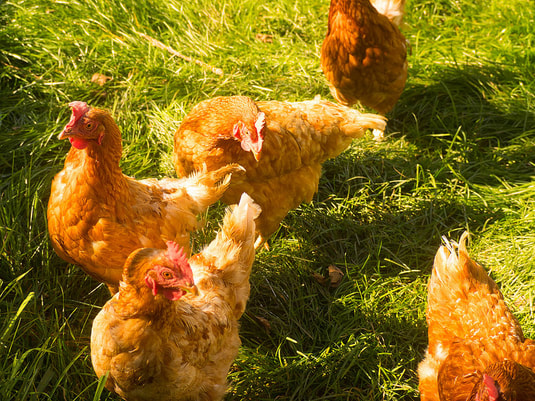 Tests performed on baby chicks showed that a Vitamin A deficiency can cause birds to get very sick and die. Vitamin A deficiency in chickens usually happens when the birds have no access to green foliage. (Most often during hot dry summers). Symptoms develop slowly and outward signs of Vitamin A deficiency may not become evident for 3 weeks or more. If you observe  and inspect your chickens closely every day you have a better chance of detecting that something is wrong with their health early so that you can take the appropriate measures to help them before it gets to advanced stages.
Early stages of Vitamin A Deficiency in Chickens Advanced stages of Vitamin A Deficiency in Chickens Symptoms may appear more slowly in mature birds but when they do the symptoms such as eye inflammation become very obvious.  Baby chicks and adult birds used in this study were autopsied after death and more symptoms were discovered after death. Autopsy results revealed pustule like lesions inside the esophagus and tissue changes and lesions on other parts of the body.
"their location FIGURE 2. (see pdf)—Pustulelike lesions in the esophagus caused by vitauiin A deficiency. (Courtesy of L. D. Bushnell, Bacteriology Deparluient, Kansas Agricultural Experiment Station.) and severity depending to some extent on the age of the bird, the degree of the deficiency, and the length of time between the appearance of the first symptoms and death. In mature birds lesions resembling pustules are almost invariably found in the mouth, pharynx, and esophagus (fig. 2) ; in young growing birds these are seen much less frequently. Usually there are white or grayish-white deposits of urates iu the kidneys and ureters, which occur more frequently in the chick than in the poult. Sometimes there are deposits of urates on the surface of the heart, liver, and spleen. Hinsliaw and Lloyd have reported that they found white, flaky, uratelike deposits between thickened folds of the bursa Fabricii in most of the poults and chicks they examined, and Heywang and Morgan have confirmed their findings in the case of the chick" (Harry W. Titus, Senior Biological Chemist in charge of Poultry Nutrition Investigations in the Animal Nutrition Division of the Bureau of Animal Industry).

How Vitamin A Helps Chickens

Vitamin A is essential for chicken health.

Most likely causes of Vitamin A Deficiency

Chicken feed should be kept in a cool, dry, rodent free area  and should not be exposed to extreme temperature changes.

How Much Vitamin A Do Chickens Need?

Rich Sources of Vitamin A for Chicken Feed 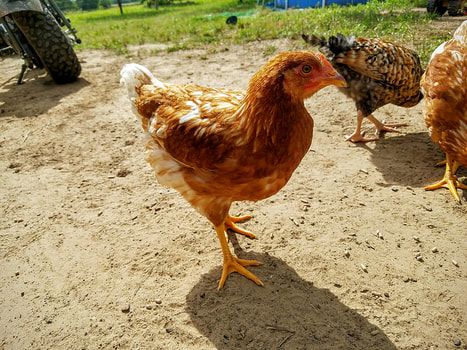 Chickens should get all of the vitamins, nutrients and proteins from the food that you give them. This is the best way for your birds to absorb the vitamins and nutrients. If they are not getting them they will start to get sick and could die if left untreated. If your chickens are very healthy, have shiny, non ruffled feathers, are acting normally, are active, have no build up on the vent area, no raised scales on their legs, no pustules on the hair follicles, or odd growths, no lesions, clear eyes, and their comb, wattles and ear lobes are the color they are supposed to be, then No, your chicken most likely does not need a vitamin supplement. If your birds are getting all of the vitamins, proteins, and nutrients they need from what you are feeding them they will be healthy looking and active unless they get exposed to a contagious poultry disease which can easily happen when introducing new birds into the flock, when other people who may have sick chickens come onto your property (some poultry diseases can cling to shoes, clothing, automobile tires, etc.), wild birds who eat and drink from your chickens food and water dishes, taking your chickens to poultry shows, etc. Keep your chickens well fed  (don't overdo it with treats) and make sure they have clean water at all times, clean dry bedding, and don't expose them to people and things that can make them sick and you should have no problems.  Giving your chickens a vitamin supplement once a week can help boost their immune system.
References:
​Titus, Harry W. Nutritional Diseases of Poultry. (2018). Naldc.nal.usda.gov. Retrieved 2 June 2018, from https://naldc.nal.usda.gov/download/IND43893805/PDF