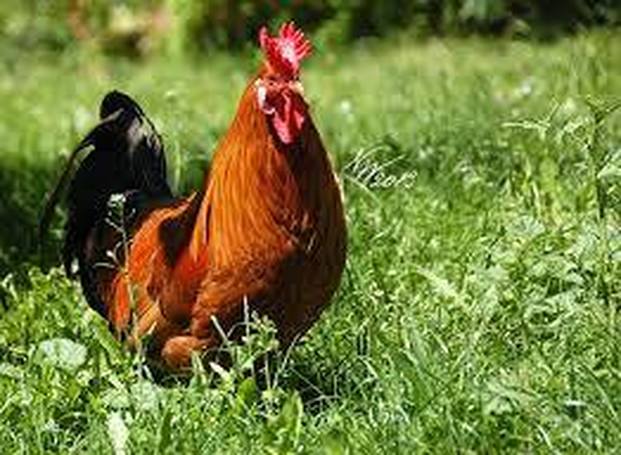 Sicilian Buttercup Breed Facts. Photo courtesy of Fancy Chicken Club. https://www.facebook.com/fancychickenclub/
The Sicilian Buttercup is a Mediterranean rare breed which has it's roots in Sicily, Italy. This slightly rare breed is aptly named for it’s large buttercup shaped comb. Smaller, rare breed.
Origin:
First sighted as early as 1835. C. Appeared in Dedham, Massachusetts around 1860 though there was no standard color pattern in the breed at that time.
The Buttercup is known to mature early with the exception of the comb which takes longer to develop.
Egg Production:
Hens can lay one egg every other day , approx. 2 or 3 a week and they rarely go broody.
Personality:
​These active, wild birds do not enjoy human contact nor do they like being caged.They are considered fairly hearty because they can withstand warmer temperatures but are prone to frostbite in colder climates.
Color: Gold
Legs: Deep Yellow
Eggs: White
Rooster: Weight: 6lb.
Hen Weight: 5lb
Confinement: No, does not do well in confinement
Rarity: Considered a slightly rare breed Scroll down to see more information, photos and video of the beautiful and unique Sicilian Buttercup chickens.

The Unusual Appearance of The Sicilian Buttercup Accounts for it's Rarity 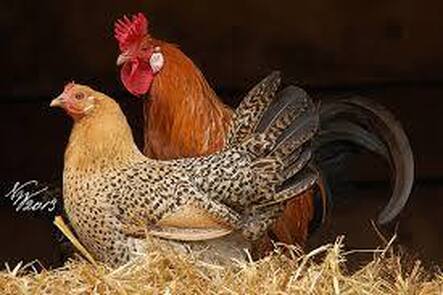 Sicilian Buttercup Rooster & Hen. From Yesil Yumurta
"The golden color and cup-shaped comb are the basis for the very descriptive name. The comb is a cupshaped crown with a complete circle of medium sized regular points. The male and female do not look alike in coloring. The males are a rich, brilliant orange red with some black spangles in the feather of the body fluff and cape feathers at the base of the hackle; with lustrous, greenish black tail. The base color of the female is buff with all feathers on the body marked by parallel rows of black elongated spangles, giving the hen an appearance of being beautifully spotted and suggesting a ringneck pheasant hen. Skin color is yellow and shanks and toes are a willow green".--Murray McMurray Hatchery. https://www.mcmurrayhatchery.com/buttercups.html
See video and more below.