Avian Influenza can effect most species of birds. Chickens generally contract if from wild birds who have access to their food, water, and area where the chickens roam. There are two forms of Avian Influenza with different symptoms for each form. Previously, there was no treatment for Avian Influenza but recent studies indicate that charcoal ash and lime has had positive results. See more below.
Avian Influenza Synonyms: AI, flu, influenza, fowl plague
Species affected: Avian influenza can occur in most, if not all, species of birds.
Clinical signs: Avian influenza is categorized as mild or highly pathogenic.
Symptoms of Mild Form Avian Influenza:
Listlessness
Loss of Appetite
Respiratory Distress
Diarrhea
Short periods of loss in egg production
Low Mortality
Symptoms of Highly Pathogenic Form of Avian Influenza:
Facial swelling
Blue comb and wattles
​Loss of appetite
Dehydration
Respiratory Distress
Diarrhea
Short periods of loss in egg production
Dark red/white spots develop on the combs and legs of chickens
Blood tinged discharge from the nostrils
​Low to 100% mortality
"Sudden exertion adds to the total mortality. Egg production and hatchability decreases. There can be an increase in production of soft-shelled and shell-less eggs" (seeTable 1 ).
Transmission of Avian Influenza:
The avian influenza virus can remain viable for long periods of time at moderate temperatures and can live indefinitely in frozen material. As a result, the disease can be spread through improper disposal of infected carcasses and manure. Avian influenza can be spread by contaminated shoes, clothing, crates, and other equipment. Insects and rodents may mechanically carry the virus from infected to susceptible poultry.
Treatment for Avian Influenza:
There is no effective treatment for avian influenza. With the mild form of the disease, good husbandry, proper nutrition, and broad spectrum antibiotics may reduce losses from secondary infections. Recovered flocks continue to shed the virus. Vaccines may only be used with special permit. However, recent studies showed that fresh charcoal ash and slaked lime were used to effectively get rid of Avian Influenza and Newcastle Disease in chickens. Find out how it's done:Prevention of Avian Influenza:
A vaccination program used in conjunction with a strict quarantine has been used to control mild forms of the disease. With the more lethal forms, strict quarantine and rapid destruction of all infected flocks remains the only effective method of stopping an avian influenza outbreak. If you suspect you may have Avian Influenza in your flock, even the mild form, you must report it to the state veterinarian's office. A proper diagnosis of avian influenza is essential. Aggressive action is recommended even for milder infections as this virus has the ability to readily mutate to a more pathogenic form (G. D. Butcher, a. 2018). 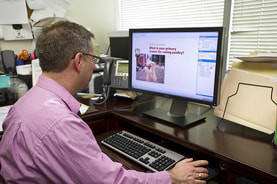 Can humans contract Avian Influenza?
These avian influenza viruses usually do not infect humans and there have been no reported cases in the United States.
Possible ways that Poultry workers and others could contract Avian influenza People most likely to contract Avian influenza Symptoms of Avian Flu in chickens Symptoms of bird flu in humans are:
References: ​
1.  G. D. Butcher, a. (2018). PS47/PS044: Common Poultry Diseases . Edis.ifas.ufl.edu. Retrieved 26 April 2018, from http://edis.ifas.ufl.edu/ps044#TABLE_1
​2. Bird flu (avian influenza) - Symptoms and causes. (2018). Mayo Clinic. Retrieved 26 April 2018, from https://www.mayoclinic.org/diseases-conditions/bird-flu/symptoms-causes/syc-20368455