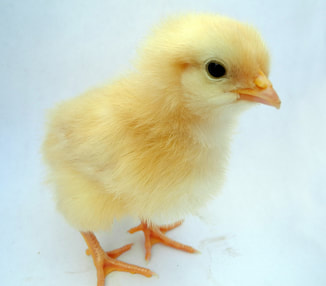 This video gives a clear demonstration of how to vent sex and wing sex day old baby chicks. Vent sexing is done by holding the baby chicks head between the third finger and baby finger of your hand and then using the other hand to squeeze and pull the skin around the vent down from the belly side while holding the chick upside down. If a tiny cloaca appears the chick is a male. (A cloaca is the male bird body part that is like a penis used to urinate, defecate and mate).
Wing sexing is done by spreading the wings out and looking at the feather formation of the wings. If the feathers have a long feather then short feather then long feather pattern the chick is a girl and if the feathers are all the same size it is a boy. See video below.
Note: I prefer to wing sex my baby chicks because vent sexing if not done correctly can harm the internal organs of the baby chick and even kill them.

How to Sex Chickens Inside the Egg

How to Determine the Sex of Your Chickens at various ages

Check out these easy ways to determine the sex of your chickens at any age. Go to How to Sex Chickens
How to Sex Chickens >>>
Use the search box below to find what you are looking for on our website.
About Corona Virus Covid 19 and Chickens. Studies show you cannot get Covid 19 from chickens or other livestock. The Covid 19 strain found in poultry and livestock is NOT the same strain that is currently spreading across the world in humans. Keep your chickens coops and all supplies clean and sanitized to protect your chickens.
Can't find what you are looking for on our site? Try Google Search