Top Ten Way's to Protect Your Chickens From Predator's

Keep your chickens safe from predators with our Top Ten Ways to Protect Your Chickens from Predators. Watch our featured video: Predators No More plus Get great deals on chicken predator protection too!

List of Chicken Predator's and How to Get Rid of Them

It's a good idea to know which predator you are up against especially if you plan to trap them. A great way to protect your chickens is to identify what animals prey on chickens and which ones have natural habitats in the area where you live. Approximately 90 percent of predators that will attack chickens are nocturnal which means they only come out at night unless the predator is rabid or in short supply of food. Since most predators will attack at night, it is a good idea to make sure your chickens have a safe, secure, lighted hen house with a good lock on both the door and the smaller hen door if you have one. Predators do not like to come around when people are outdoors. They wait until the chickens are alone and unprotected. A rooster will fight to the death to protect his hens but unfortunately rooster's are not equipped to fully protect them from a full scale attack. There have been documented incidences where the predator was killed by the rooster and hens but these are rare and far between. Keeping a light on in your hen house will at least give your chickens a chance to get away or defend themselves. A rooster will fight for his hens if there is light enough to do so since chickens will rarely move around in the dark. Keep solar lights all around your hen house-nocturnal predator's do not like to cross open, lighted spaces. If your hen house is close enough you can use a baby monitor to listen for predator's. Chickens are quiet at night unless something is wrong.  Find out about chicken predators and how to stop them here: Go to a List of Chicken Predators and how to stop them 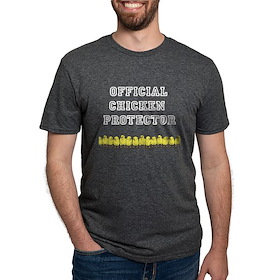 In this video Justin Rhodes who lives in a very rural area prone to predators, explains 4 great ways to stop chicken predators completely. He uses electric fencing around their housing and play area's, plants garlic around the fence line, use hardware cloth with less than a 1'inch opening on your chicken coop so no animal can reach in grab the birds off their perch, he also uses a single goose to protect his chickens. He shows how the goose will protect chickens at night by hissing and flapping it's wings.

Setting Up Solar Electric Fence to Protect Chickens From Raccoons, Skunks & Other Predators 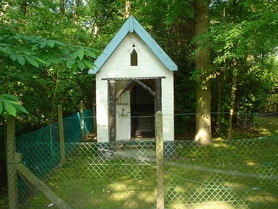 Installing solar powered electric fencing is a great way to keep ground predators off your property and away from you chickens and livestock. See how to do it here: Go to Solar Powered Electric Fence
How to Install Solar Fencing
Motherhen's Homemade Snake Repellent:
"A good natural snake repellent that works for me is
boiling a mixture of 2 bulbs of garlic, 2 tblsp. rosemary, 1/4 C. cinnamon, and 2 tblsp. of thyme together until bulbs of garlic are mushy. Strain well, cool and put it in a spray bottle. Spray nest boxes, hen house, around hen house, and yard. Most chicken snakes don't like the smell of it and snakes see with their nose so if they smell this rather than your eggs they will look somewhere else for their meal."

The Basics: How to Keep Your Chickens Safe From Predators

​Keeping your chickens safe from predators involves getting or building a predator proof chicken coop, putting a skirt of hardware cloth around the bottom of your coop, putting a secure cover over your coop, using cameras to identify what type of predator is after your chickens, utilizing live traps, placing solar powered predator lights, and keeping a close eye on your chickens. See more great ways to protect your chickens
Go to How to Keep Your Chickens Safe From Predators

Basic information about guineas and using them as chicken protectors. They are famous for letting their owner's know when predators are near, when company comes, and are commonly used as insect control.
​Go to Using Guinea's as Chicken Protectors

Donkeys are pack animals and if you only have one donkey it will make your chickens it's "pack" and can actually bond with your chickens and will protect them from coyotes, raccoons, and foxes. Go to Using Donkeys as Chicken Protectors

Find out what's wrong with your chickens and what you can do to help them. Click here to go to Chicken Sickness, signs, symptoms, and treatments
About Corona Virus Covid 19 and Chickens. Studies show you cannot get Covid 19 from chickens or other livestock. The Covid 19 strain found in poultry and livestock is NOT the same strain that is currently spreading across the world in humans. Keep your chickens coops and all supplies clean and sanitized to protect your chickens.