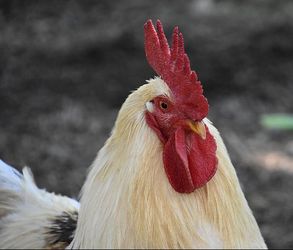 Every where you look these days someone is fighting city ordinances in an effort to keep their pet chickens. Pet chickens are no more of a nuisance in a neighborhood than dogs. Most city ordinances will allow a 200 lb pot bellied pig and known dangerous breeds of dogs as pets but will not allow a 3lb chicken. Some cities are allowing hens but not roosters which really is not fair because roosters need somewhere to live too.
East Peorian's fighting for the right to raise back yard chickens, citing the health benefits as one reason for the city to allow the keeping of chickens.
During the spring and summer months, visitors to the Moechnig family’s backyard in East Peoria can expect to find a garden with more than 20 kinds of produce growing (2011, Lasseigne).
Health benefits associated with raising pet chickens
Citing the health benefits that come from fresh food, David Moechnig grows everything from lima beans to parsnip. However, if Moechnig gets his way, he will be able to add a new healthy element to his healthy lifestyle and that new element is backyard: chickens which provide fresh eggs, companionship, entertainment, and an educational experience as well.
Chicken owners plan a chicken revolution movement
Like many other cities, a not so undercover chicken revolution movement is sweeping across the United States forcing city lawmakers to allow backyard chickens inside city limits.
For over a year, Moechnig, as well as other East Peorians, has been attempting to start a movement to allow residents the opportunity to keep chickens in their backyards, (2011, Lasseigne).
Pet chickens not slaughtered but raised for their eggs
Moechnig and other East Peorians, as well as, secret city chicken keepers all over the U.S. are not trying to butcher chickens in their back yard.
"The chickens would not be slaughtered, but raised for the eggs" (2011, Lasseigne)
People should have the right to a healthier lifestyle. Chickens eat insects, provide eggs every day, are no threat to their neighbors, and they reduce the amount of taxpayer money spent on landfill costs because they love to eat table scraps. Most people who start raising their own chickens end up living healthier, greener lives as they generally start composting their chicken manure and table scraps to make meal worms for their chickens to forage through. This compost is most often used in their garden and sometimes their neighbors get in on the act too by buying eggs and fertilizer from their chicken keeping neighbor.

Chickens are making headlines all over the world. Check it out here: Go to The Weekly Crow

Therefore I say unto you, What things soever ye desire, when ye pray, believe that ye receive them, and ye shall have them  Mark 11:24
Use the search box below to find what you are looking for on our website.
About Corona Virus Covid 19 and Chickens. Studies show you cannot get Covid 19 from chickens or other livestock. The Covid 19 strain found in poultry and livestock is NOT the same strain that is currently spreading across the world in humans. Keep your chickens coops and all supplies clean and sanitized to protect your chickens.
Can't find what you are looking for on our site? Try Google Search