During the early days of Chicken Heaven On Earth we encountered mice in our hen house for the first time. What happened next will surprise you and may even horrify you. Why you shouldn't poison mice in your chicken coop and more. 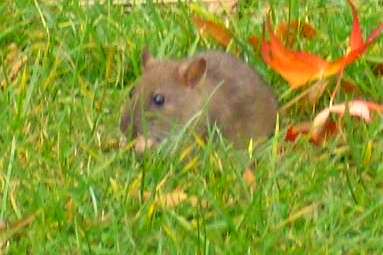 Our first hen house used to be Rooster John's Tool Shed. The girls and roo's were finally staying in there but they seemed to raise a lot of fuss at night when they should be sleeping. I decided it was time to check it out. As I was cleaning and moving things around I found an old military rifle box under a table. It was partially open. I peeked inside. Something fast and furry ran past me with something in it's mouth! I screamed and Rooster John who was standing behind me, laughed!, "It's just a mouse." he said. It looked like a possum to me! I froze in terror as I noticed something was moving in the box!

We had some old dishes and curtains stored in the box and I wondered how the lid had been removed. We started to pull everything out of the box and under the very last plate, there was a pile of torn up scraps and newspaper. Underneath the newspaper were four tiny mice, babies! Their little eyes were not yet open and their bodies were pink, wrinkly and hairless. John said we needed to kill them but no I said, "They are so cute" and made it clear, I did not want them killed. Rooster John told me their mother would not come back and if she did it would kill the babies because I had disturbed their nest. Most likely, one of the chickens had eaten the mother mouse and she wouldn't be coming back. I waited until afternoon, no sign of Mommy mouse so...I decided to keep them as pets- BIG MISTAKE.

We went to Walmart and bought an aquarium with a lid, feeders, bedding and food. They were so cute we watched as they grew, opened their eyes and nibbled on little pieces of cheese. One day I was feeding a piece of cheese to one of them and trying to think of names for them, when he bit me very hard and he escaped. A few days later the other three mice chewed holes in the lid and escaped. I had four mice loose inside our house! What we did next was a huge mistake!......

Keeping the Mice As Pets Turns into a Nightmare 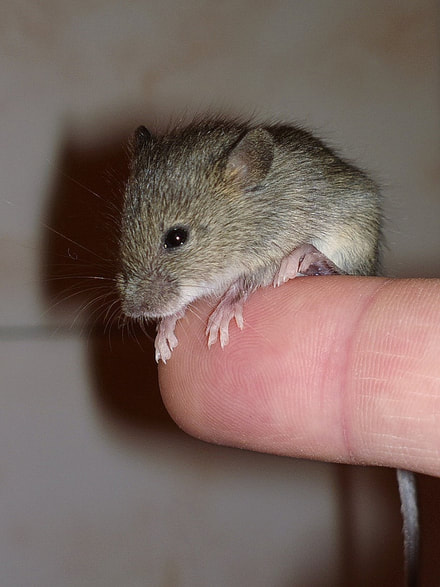 At first, I thought it was so cute that they came out at night to play. I watched as they climbed out of the aquarium and jumped to the loveseat and off they ran. Scurring here and there. Gathering little bits of paper and things they could find and carrying them back to their aquarium, always stopping to look at me as if in rebellion.They were untouchable and uncatchable. They would go back and stay in the aquarium in the wee hours of the morning and sleep all the day long. I still thought they were too cute. A week later..they were not so cute after all!

They were chewing holes in the walls, and in the furniture! They separated and started building nests under the furniture and in the couch! When I sat on the couch and it squeeked like a mouse! I knew we were in trouble! We had to do something and quick. John and I were working our budget one night and we could hear them and see them scurring here and there. The next morning I awoke to find all of the bills that had been inside the entertainment center, torn to shreds. I was only slightly amused, thinking maybe they were trying to get rid of the bills for us. John was not amused, at all, anymore and neither was I. The mice had grown to adulthood and taken over everything. They had gone feral and decided that our house was their house. The urine smell and stinky nests were unbearable. It was time to do something.....

You might not want to read what happened next... 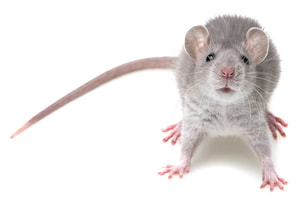 John moved the entertainment center and out popped a mama mouse. Right there, in a pile of paper and some of my bills, was at least, 12 baby mice! The mama mouse charged out right at us! I stood there in horror as John stomped on them in a moment of brutal instinct! The remaining mice quickly overtook the house. It was not cute anymore. Everything was getting torn up, clothes, shoes, schoolwork, food, etc. We set live traps to catch them but they were too smart. Finally, the choice was clear. Many of the mice had migrated to the hen house too. One of my Rooster's got bit in the leg trying to attack a mama mouse. That was the last straw!

We set poison out in strategic places and finally, after a few days, we did not hear or see them anymore unless we found one dead. I learned a hard lesson. I really liked those little mice but they were mean, destructive, feral, stinky little snake attractants. Not to mention the fact that they bit the hand that fed them. My lesson learned...No more mice in our hen house! Rooster John said he is posting a sign for them saying, "Stay Out! No mice allowed" and I secretly wondered if these smart little mice could read it.  ​Scroll down to see what we learned about poisoning mice near and in a chicken coop.

Why you should never poison mice if you have chickens

To our dismay and heartbreak a few days after the mice had been poisoned we discovered several dead hens. Turns out chickens will eat mice and a chicken cannot tell if a mouse is sick or poisoned, if they see a mouse tottering about they will eat the mouse. I cannot be 100% sure that eating poisoned mice were the cause of their death but under the circumstances I believe it was as none of the hens had been sick, all were healthy and happy before the mouse poisoning. So I would not advise using poison as a method of getting rid of mice in your hen house except in extreme cases and only if all chickens are moved to a different coop and area far away from where the poison will be used. When mice are poisoned they tend to wander out in the open and sometimes flop around. There is also the fact that if you poison mice then you cannot eat or sell your chicken eggs because you do not know which chicken may have eaten a poisoned mouse. Not all chickens die from eating poisoned rodents or may not die right away so this would make their eggs dangerous to eat. Find out how we get rid of mice and rodents now...

How to Get Rid of Mice in Your Hen House