How to Tell If a Snake is Killing Your Chickens 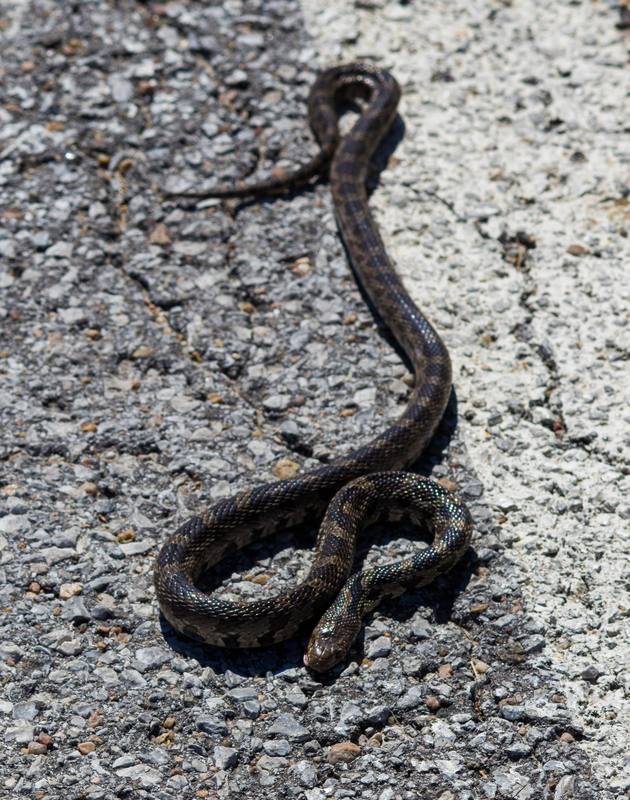 Most common snake found in chicken coops. Non Poisonous.Chicken snake aka. Rat snake. Photo by Jeffrey Hamilton on Unsplash
Here are some tell tale signs that a snake may be in your chicken coop or hen house.  Are your chickens trying NOT to go in the chicken coop in the evening or preferring to hide somewhere outdoors rather than go in the hen house? Are your hens laying eggs on the floor or outdoors rather than in the nest box? This type of behavior is a good indication that a snake or other predator is in or is getting into your coop at night. Snakes come to hen houses for numerous reasons usually in pursuit of mice, rats, or other rodents but even if you do not have rodents in your chicken coop or hen house, snakes can be attracted for other favorite treats like baby chicks. Snakes can hear the heartbeat of a baby chick inside a chicken egg from two miles away so a chirping baby chick hopping around is like blasting a bull horn saying, "Come eat me" as far as the snake is concerned. Note: NEVER reach your hand under a hen that is in the nest box because snakes will curl up right under a hen and wait for her to lay her egg, especially if she is broody and has a clutch of eggs under her which the snake will eat at it's leisure.  The hen will sit right there, not sensing the snake as a threat or too scared to move I am not sure which. I spotted a snake tail right by broody hen inside the nest box. I was afraid of the snake but more afraid of what would happen to her if I left her sitting on the snake. I went to the corner of the hen house quickly grabbed my pick axe and returned, neither the snake or the hen had moved. I quickly grabbed the hen with one hand and pulled her away from the nest, then I proceeded to chop the snake to pieces. I am not brave enough to pick a snake up with my bare hand like I have seen in some video's, my fear makes me hit them in the head and keep hitting til they stop moving. Check out the following signs that will give you a clear indication that a snake is in or near your coop.
Signs that a snake may be in your chicken coop or hen house are:
Chickens with missing toes
​Missing baby chicks
Missing chickens (very large snakes can eat a chicken whole and often do especially if they cannot find any eggs)
Broken crushed eggs in the nest box from the weight of the snake
Hens eating eggs
Dead chickens (juvenile birds or bantams usually)
Dead chickens with wet heads-"If you find dead juvenile birds in your brooder area - at The Homesteader's Place, I call this the "nursery" - with the tiniest amount of blood near the lower neck and a wet head and neck. The snake has struck/strangled the bird and then attempted to swallow it but couldn't get past the shoulders/wings. You find the body in the morning or late at night abandoned because it was too large for the snake to swallow whole" (The Homesteaders Place).
Dead chickens with purple faces and twisted necks
Missing eggs
Missing fake eggs
​Chickens screeching
​Guinea's chirping
Large snakes often have a strong feral odor that smells like a dead rotting animal especially if they have made a recent kill. Mice, rat or gopher holes near or in your coop give the snake easy access because snakes will crawl in the holes chasing after the rodents. I used to have mice in my hen house and I got several good mousing cats and there is no evidence of any mice anymore, however, I still get at least two snakes every year, usually "chicken snakes" also called "rat snakes".  Some folks say chicken snakes will keep copperhead and other poisonous snakes away but I have found this is not true. Before I got the cats I found a chicken snake and a copperhead inside my chicken house within two days of each other. I live on the Brazos River and there are many kinds of snakes here. I once found a chicken snake and a python within days of each other and my neighbor who lives right behind me killed a poisonous rattlesnake right in my driveway, so no chicken snakes (rat snakes) do NOT keep poisonous snakes away. Since getting the cats, I no longer have mice but snakes love chicken eggs, so I pick my chicken eggs up every single day. I clean the nest boxes regularly and replace the eggs I take out of the nests with golf balls, fake eggs, and egg gourds and often the fake eggs will come up missing.
Snakes are attracted to broody hens-a steady food source. They will stay under her, and eat all of her eggs each time they get hungry again. When she runs out of eggs, if she doesn't produce one fast enough the snake will kill her and may even eat her. If I have a broody hen I remove her from the chicken coop or hen house and put her in a cage inside my house until the chicks are hatched and then I move her to a small coop indoors or inside my chicken coop.

Western Black Rat Snake eating a chicken egg. Tedges Photography (2).
Snake repellent-I use snake repellent twice a year but I have found that shortly after spraying it, I find snakes crawling around trying to get out of the hen house. I also notice that the snakes only start moving around AFTER I have closed up the hen house at night. I can wait 30 minutes to an hour and then go back out to check and sure enough if there is a snake in my hen house it will be up slithering around looking for eggs. So basically the snake repellent will draw them out in the open and then it is up to you to decide what you are going to do with them-catch them or kill them-so be ready.
Get rid of rodents-See How to get rid of mice in your hen house
Cats-There are many ways to keep snakes away from your chicken coop but the best ones I have found is getting a few cats that love to hunt and kill mice and keeping at least one of the cats in the coop at night. Make sure the cat you choose has been raised around chickens (never leave them around baby chicks or juvenile or bantams unattended) before leaving them in your coop. If you have all adult standard size chickens you can leave a trusted cat in the coop but make sure no feed is left out in pans as they will quickly use it for a litter box if they need to "go".
Keep debris away from coop-Don't stack wood, feed, tin or anything else around your coop. Keep this area clear. Snakes like to hide under stuff.
<
>

How to Keep Snakes Away from your hen house

​See more ways to keep snakes away from your coop here: How to get rid of snakes in or around your coop
Learn More 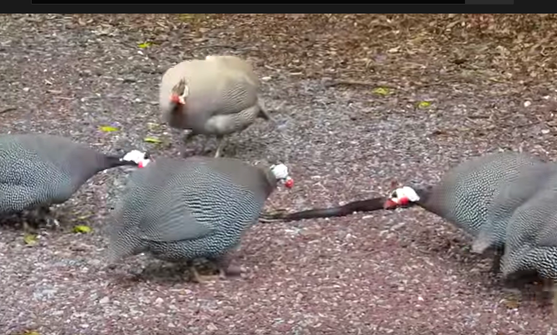 Watch this video to see how guinea's react to snakes and the sound that they make. See Guinea's reaction to snakes.
Watch Now
Your chickens cannot protect themselves. Even a good rooster can only do so much.  Using multiple methods work better than only one. You love your chickens but predators love to eat their eggs, their baby chicks, and even them. Find out how to protect your chickens before it's too late.
Learn More
References:
1. Burcham, S. (2015). That's why they call it a chicken snake. The Homesteader's Place. Retrieved 28 August 2018, from http://www.thehomesteadersplace.com/new-blog/2015/6/11/thats-why-they-call-it-a-chicken-snake
2. Tedge's Photography. (2018). Facebook.com. Retrieved 28 August 2018, from https://www.facebook.com/TedgesPhotography/photos
3. Snake in the Crosswalk photo by Jeffrey Hamilton (@pistos) on Unsplash. (2018). Unsplash.com. Retrieved 29 August 2018, from https://unsplash.com/photos/NOINIvVgyvQ
Use the search box below to find what you are looking for on our website.
About Corona Virus Covid 19 and Chickens. Studies show you cannot get Covid 19 from chickens or other livestock. The Covid 19 strain found in poultry and livestock is NOT the same strain that is currently spreading across the world in humans. Keep your chickens coops and all supplies clean and sanitized to protect your chickens.
Can't find what you are looking for on our site? Try Google Search