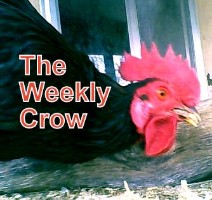 What Do Schools Do With Baby Chicks After the School Projects Are Over? 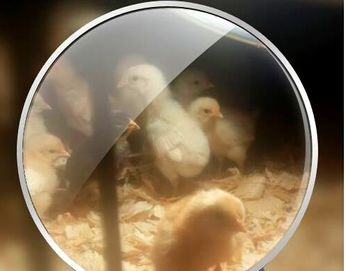 June 20, 2012-There are many schools which have school projects that include hatching baby chicks as an educational tool to teach children about how chicks hatch, to teach children a sense of responsibility, and help them learn about sustainable living. Sadly, many of the schools which participate in these programs do not have a plan in place to determine what they will do with the chicks once they are hatched and the chick hatching program is over. Some teaching programs include killing the chickens raised in this process as part of educating students while letting reader's know the chickens were killed humanely taking only 20 seconds to die. No mention of whether or not the parents of these students were aware of the fact that their children were killing chickens as part of a school project.
"Since they hadn't grown up on farms, raising chickens for slaughter was a new experience for most of the 31 students who participated in the project at the Sun Valley private school. After raising the chickens, many students had qualms about actually killing the birds, but they carried out the deed anyway (Idaho Mountain Express, 2012).
Parents need to be aware of what their children are learning in school programs. Birds and animals used in school programs should be treated humanely at all times. If they are not being treated humanely parents and students can report the school to their local Humane Society(Idaho Mountain Express, 2012).
Update: So what happens to the baby chicks hatched in school projects now? According to an article by Peta a popular animal rights group, the baby chicks are sent back to the company they were ordered from and they are typically killed to prevent possible disease to the companies chickens."After the project is completed, surviving chicks are typically sent back to the provider. Most commercial hatcheries avoid mentioning the fate of the returned chicks in their sales pitches, because the chicks are likely killed to prevent potential disease transmission to the companies’ flocks" (Peta, 2019).

Update: What happens to Baby Chicks From School Projects Which Do Not Get Sent Back to the Hatchery

January 18, 2019-After schools who were careless in how the chicks were disposed of after the class projects were over were subjected to public outcries from animal rights groups and the public media many schools continue to use live chickens and hatching baby chicks but allow the students to keep the chickens after the projects end. However, there are problems arising as many of the people who adopt the baby chicks on impulse do not really know how to take proper care of them and are left scrambling to try to find out how to take care of them during their different stages of development. Chicken Heaven On Earth Sanctuary is frequently contacted by people who took those chickens home after school projects. The problem the people who adopt the birds are having is that they are ill equipped to take care of the birds, Especially roosters who can become noisy and aggressive, especially during puberty. Many roosters calm down as they get older but a young rooster trying to come into his own right, goes on his natural instincts. One particular case involved a single mother with two children who live in the city, brought three school reared baby chicks home and  a baby duck. They live in the city and had very little yard to speak of. Having heard about pet chickens and ducks who lived indoors they decided to make house pets out of them. The family became very attached to their pets, even keeping them in pet carriers inside their home at night and again when they went to work, school, or to run errands during the day. Then  they were having to supervise the birds constantly in their tiny yard with no room for a chicken coop. Their beloved pets soon became more of a stressful chore than a joy. Soon, one of the chicks who was their favorite one, grew into a rooster, constantly crowed, became aggressive with the duck, was mounting the hen constantly, and eventually started charging at them when they let them out in the yard every morning. They finally decided to caponize the rooster in an effort to calm him, stop his crowing, and his mating instincts even though he was a bit too old for caponization they had a vet do it anyway out of sheer desperation because they loved their new pets so much. Well, the caponization didn't take or all of the testes were not completely removed because the rooster still crowed, mated and continued to be aggressive as he was just hitting puberty and doing what roosters do. The school did not tell them anything about that or the family most likely would have thought twice about taking the birds home. The unsuspecting family is now sadly seeking homes for their pets and have found a home for one of the roosters. The lesson learned from this is before you take any animal into your home, you need to do your research and find out if you are able to provide what the pet will need, how much work and commitment is involved. Had the school included this information in their teachings the family would have had more opportunity to prepare and would have known what to expect. If this family lived in a rural area, had some experience with chickens or researched how to take care of them they would have known that chickens have natural behaviors and like to be outdoors, need a chicken coop and other things which make taking care of them much easier. If schools are going to let people take the birds home then they need to include chicken behavior during puberty and adult stages, what chickens need,  if chickens are allowed in their location, and basic chicken care information in their educational project itinerary.

As interesting as hatching and raising baby chicks in school projects is, the fact remains that there is now enough information on the internet showing how baby chicks hatch and even demonstration models that teachers could use to teach children without using live birds.
​See Baby Chick Index

O Jerusalem, Jerusalem, the city that kills the prophets and stones those who are sent to it! How often would I have gathered your children together as a hen gathers her brood under her wings, and you would not! Matt. 23:37
References:
​1. Considering Doing a Chick-Hatching Project? Please Don't. | PETA. (2019). PETA. Retrieved 19 January 2019, from https://www.peta.org/teachkind/humane-classroom/chick-hatching-project/
Use the search box below to find what you are looking for on our website.
About Corona Virus Covid 19 and Chickens. Studies show you cannot get Covid 19 from chickens or other livestock. The Covid 19 strain found in poultry and livestock is NOT the same strain that is currently spreading across the world in humans. Keep your chickens coops and all supplies clean and sanitized to protect your chickens.
Can't find what you are looking for on our site? Try Google Search