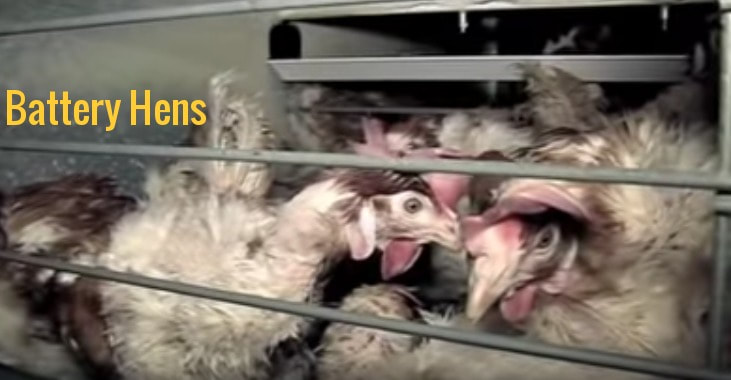 Cage Protestor Carl Scott Visits a Battery Hen farm. See video below.
Recently, Many different organizations and individuals are taking on the difficult, heart wrenching task of rescuing battery hens. The hens are so damaged, injured and weak some of them can barely walk after living in cages with 6-10 other hens that were so small they could only stand in one place and lay their eggs.
When introduced to freedom they tend to be in shock at first, some afraid of everything, some curious to explore their new world but the first few days for the most part they look around not venturing far as if they were still in the cage. Battery hens have never been allowed to dust bath, hunt for insects or tast fresh green grass or vegetables.
Deprived of dust baths the recovering hens will bathe repeatedly over and over again until it seems almost compulsive, almost as if they are trying to wash away the memories of the battery cages, much like a victim of rape showering after an attack.
Sun bathing-After the initial shock of seeing sunlight most battery hens succumb to their natural instinct, squatting and then laying down soaking up the sunlight.
Owners of rescued hens need to take special care not to leave them in the sun for more than a few minutes as the hens can acquire severe sunburn because they have never been exposed to direct sunlight before and most have extreme feather loss that leaves their tender skin exposed to the sun.
If Sunburn develops-The skin will appear a dark, angry red color and should be treated right away with sunblock or aloe-vera plant gel.
When treating with sunblock Cream needs to be smoothed on gently until it is clear. If the hen sees glops of lotion they may eat it.
Many develop skin, feather and foot fungus and bacterial infections or ringworm during their stay in battery cages. Treatment is fairly easy by using an anti-fungal cream that is used for the treatment of foot fungus after carefully, draining the wound and removing the scabs from the outward edges.
Taking care of a battery hen is quite a bit of work but is well worth it when you see how happy the hens are too be rescued, especially when these abused hens are released in their first moments of freedom to touch the ground, grass and see the sky from the outside of a cage. The look on their face is worth it all.

How Has the treatment of battery cage hens improved?

Many U.S. battery farms have switched to a free range system where thousands of hens are housed in commercial poultry barns/sheds. Most are wall to wall chickens with little room to walk. Some birds have trouble finding the food and water because there are so many birds crammed into one area. There are some advantages though not cruelty free ones. The hens are able to move around, spread their wings and lay their eggs in nest boxes. Here are some major problems that still exist as noted by the Humane Society of The United States

How Much Space is In a Battery Cage?

"The vast majority of egg-laying hens in the United States are confined in battery cages. On average, each caged laying hen is afforded only 67 square inches of cage space—less space than a single sheet of letter-sized paper on which to live her entire life. Unable even to spread their wings, caged laying hens are among the most intensively confined animals in agribusiness. Caged hens also suffer from the denial of many natural behaviors such as nesting, perching, and dustbathing, all important for hen welfare. Numerous scientists and other experts [PDF] have spoken clearly about the animal welfare problems with battery cages. One such scientist, Nobel Prize winner Dr. Konrad Lorenz, said: "The worst torture to which a battery hen is exposed is the inability to retire somewhere for the laying act. For the person who knows something about animals it is truly heart-rending to watch how a chicken tries again and again to crawl beneath her fellow cagemates to search there in vain for cover" (Humane Society of the United States, 2017).

For 28 days concluding in November 2010, an HSUS investigator worked inside a Cal-Maine factory egg farm located in Waelder, Texas. Cal-Maine is the country's top egg producer; among its customers are retailers such as HEB and Publix. The company has approximately $1 billion in annual sales and has nearly 30 million laying hens, most of whom are confined in cruel and inhumane cages across the country. Earlier this month, Cal-Maine recalled a quarter million eggs for Salmonella concerns. This investigation revealed the below findings.

Countless dead birds in cages with live birds: Some birds were dead for so long that their corpses were mummified and appeared to have been rotting at least for weeks on end. As the video shows, eggs even roll by the head of a dead bird on a conveyor belt.

Abandoned hens: Live birds were roaming outside their cages, some falling into manure pits.

Overcrowding injuries: Cal-Maine crams multiple birds into one cage, giving each hen only 67 square inches of cage space - less than a sheet of paper on which to live for more than a year.
​Eggs covered in blood and feces. 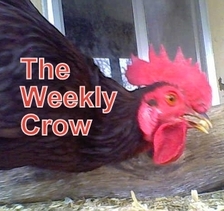 Many people are switching to cage free eggs due to the media hype which promotes photos of happy chickens in a barn giving the consumer the idea that this is where their eggs are coming from when in truth, the reality is just as bad as the poor battery caged hens. Find out the Truth About Cage Free Eggs and Cage Free hens in the egg industry are being treated now.
References:
1. ​Cage-Free vs. Battery-Cage Eggs : The Humane Society of the United States . (2017). Humanesociety.org. Retrieved 28 December 2017, from http://www.humanesociety.org/issues/confinement_farm/facts/cage-free_vs_battery-cage.html?referrer=https://www.google.com/
Use the search box below to find what you are looking for on our website.
About Corona Virus Covid 19 and Chickens. Studies show you cannot get Covid 19 from chickens or other livestock. The Covid 19 strain found in poultry and livestock is NOT the same strain that is currently spreading across the world in humans. Keep your chickens coops and all supplies clean and sanitized to protect your chickens.
Can't find what you are looking for on our site? Try Google Search