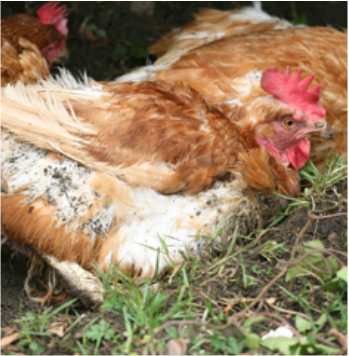 Most recent updates on laws regarding Battery hen cages allow the birds more freedom of movement in slightly larger "Enriched" battery cages but is still a far cry from humane treatment of chickens and other livestock. Battery cages, most commonly used in commercial egg production are cages that are small, confining and usually connected together which have a sloped floor where the eggs can roll out. Chickens are crowded into them to the point where they can barely move. Their beaks are cut so they cannot peck  at each other. The primary purpose of these cages are so the hens will produce eggs, the same eggs you find in your local grocery stores. The law changed for these poor, abused hens on a 12 phase out plan which was to go into effect in 2012. Some commercial egg producers have agreed to provide more humane treatment of hens by raising them in pastures due to the public awareness and outcry about the mistreatment of battery caged hens but more still needs to be done. In the meantime, you can raise your own chickens if you like to eat eggs and want to make sure that the hens they come from are humanely treated. This will send the commercial egg industry a clear message that we will not tolerate this type of abuse anymore. They have the money to slow or stop efforts to force them to treat the birds humanely and when they start feeling it in their pocket books, they will be more willing to listen to what the public wants.

The California Proposition 2 (2008) was an attempt to reduce the problems associated with battery cages and the inhumane treatment of hens by setting rules for larger cages so as to allow more freedom of movement for the birds.
HB5127 was passed in Michigan in 2009
"The passage of California Proposition 2 (2008) aimed, in part, to reduce or eliminate the problems associated with battery cages, by setting the standard for space relative to free movement and wingspan, rather than cage size.
Battery cages are also illegal in Michigan due to HB 5127, passed in 2009, which mandates that certain farm animals have enough room to stand up, lie down, turn around and extend their limbs, rather than being confined in tiny cages.
Finally, in Ohio, there is a moratorium on permits for the construction of new battery cages as of June 2010"(Battery Cages, Wikipedia, 2016).
​

There has been a long standing feud between United Egg Producers and the Humane Society of the United States about the humane treatment of hens used in factory farming practices. Somewhat of a truce between them has been established.

Passed 36 to 0 in the Senate on September 30, 2009, to impose and enforce farm animal care regulations on agricultural producers, and impose fees on farms sufficient to pay for this new regulatory regime. The bill would phase in a prohibition on tethering or confining any pregnant pigs ("gestating sow"), egg-laying hens, or veal calves for all or the majority of any day in a manner that prevented the animal from lying down, standing up, fully extending its limbs, or turning around freely. The legislature acted because animal rights organizations threatened to gather signatures and place on the ballot an initiative imposing much more draconian regulations on producers (Michigan Votes, 2016).

See the abuse that chickens suffer in the commercial egg industry.

What Happen's to the Baby Male Chicks in Commercial Egg Production